Behold the continued and shameful decline of Europe’s Judeo-Christian foundations:

A Muslim group has asked to use the empty churches in France for Muslims to pray in, solving (at the expense of Christians) the traffic problems caused by Muslims who pray in the streets. Fr. Khalial Samir Samir, an expert scholar of Islam, reflects on the embarrassing proposal, calling for Islam in Europe to become more “European” and less “Arab”.

In a press release published Friday, March 11, 2011, the “Banlieuses Respect ” Collective asked authorities in charge of organization of the Church of France, to place at Muslims’ disposal “empty churches for Friday prayers”. Hassan M. Ben Barek, a spokesman for the Collective, said the measure would “prevent Muslims from having to pray on the streets” and being “politicians’ hostages”…

The March 11 proposal of the Collective, calling on the Church of France, to “provide Muslims empty churches for Friday prayers”, is astounding. These “empty churches” are consecrated places and it would never occur to a Christian to use them for anything other than the liturgical ceremonies, or sacred music – an exception that is always possible. It would be unthinkable to use them to celebrate a non-Christian cult.

On the other hand, a church that served as a mosque would have to be re-equipped for the needs of Muslim prayer. Many typically Christian elements would have to be removed and typically Muslim ones added. And above all these “empty churches” are not destined to remain empty, but on the contrary to be occupied as soon as possible by a Christian community or a monastic community, which is happening more and more throughout Europe. Now it seems unlikely that such a place, more or less once converted into a mosque, could be “repossessed” and turned back to church. It would be a great loss for the Muslim community and could lead to much bitterness and religious conflicts. The Christians would then be accused of being Islamophobic, revanchists, disrespectful of Muslim sensitivities, unbrotherly towards them, and so on.

Finally, imagine for a moment the opposite. If in a Muslim country (Egypt or Algeria, for example) the indigenous Christians (in Egypt) or immigrant Christians (in Algeria) asked Muslims to give them a mosque, since they have many, or to lend them one for Sunday, or only for important celebrations: Christmas, Epiphany, the beginning of Lent, Easter, Pentecost and the Assumption, what would the reaction of Muslims be?

Islam is stepping into the gap.

Islam is as Islam does.

Do you think the State Department noticed that no one in Arizona, Mexico, or even Mars took to the streets to celebrate the shooting of Gabrielle Giffords? No one seemed to think it was a “natural” act — the Islamic term du jour to rationalize the throat-slitting massacre of a sleeping Jewish family: 36-year-old Udi Fogel, his 35-year-old wife, Ruth, and, yes, their three children: 11-year-old Yoav, 4-year-old Elad, and Hadas, their 3-month-old baby.

Muslims, in fact, are more often exhorted by their scriptures to brutalize non-Muslims than Christians are urged by the gospels to love their enemies and turn the other cheek…

For those that still think that there is peace to be had with those who have at their core such murderous ideological intents: it’s time to reboot your brains! 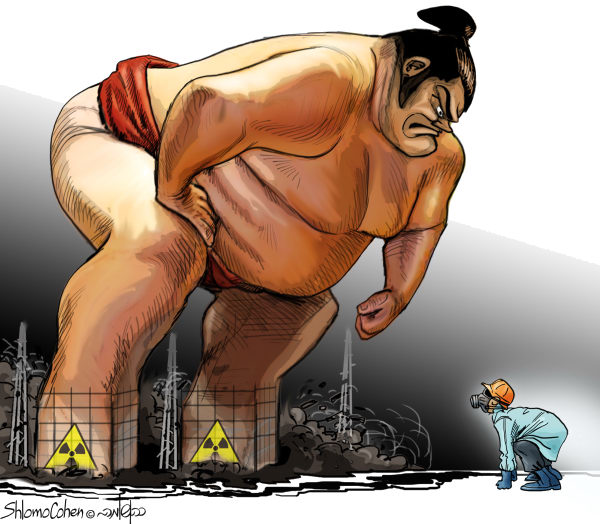 An interesting summary of Japan and religion in the face of tragedy.

If you were asked to name the technologies whose proliferation inadvertently threatens the human race, what would you include? Landmines? Assault rifles? Nuclear warheads?

Add this one to your list: the sonogram machine.

The widespread use of sonogram technology—coupled with liberal abortion laws—has made it easier than ever for women to identify the sex of their child so that those without a Y chromosome can be killed before they’re even born. In a speech before the U.N., demographer Nicholas Eberstadt revealed the details of this frightening trend:

Over the past five years the American public has received regular updates on what we have come to call “the global war on terror”. A no-less significant global war—a war, indeed, against nature, civilization, and in fact humanity itself has also been underway in recent years. This latter war, however, has attracted much less attention and comment, despite its immense consequence. This world-wide struggle might be called” The Global War Against Baby Girls”.

The effects of this war on girls can be clearly seen in the changes in the sex ratios at birth. Eberstadt explains that there is a “slight but constant and almost unvarying excess of baby boys over baby girls born in any population.” The number of baby boys born for every hundred baby girls, which is so constant that it can “qualify as a rule of nature”, falls along an extremely narrow range along the order of 103, 104, or 105. On rare occasions it even hovers around 106…

But Eberstadt finds that in the last generation, the sex ratio at birth in some parts of the world has become “completely unhinged.”

Eberstadt notes that this is “a phenomenon utterly without natural precedent in human history.”

In fact, biologically impossible ratios are found in various countries around the world…