Taylor Marshall reminds us of a bit of fateful history:

On a less celebratory note, the fourth of July also marks the Battle of Hattin that took place in 1187, between the crusader Kingdom of Jerusalem and the Muslim forces under Saladin. On this day King Guy of Lusignan lost Jerusalem to Muslim control. 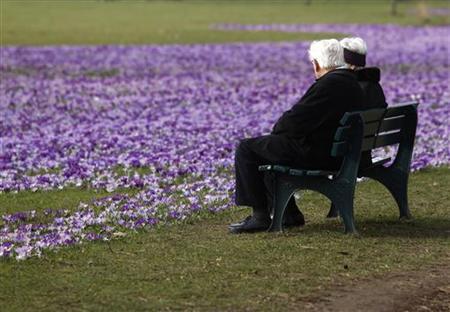 If Aubrey de Grey’s predictions are right, the first person who will live to see their 150th birthday has already been born. And the first person to live for 1,000 years could be less than 20 years younger.

A biomedical gerontologist and chief scientist of a foundation dedicated to longevity research, de Grey reckons that within his own lifetime doctors could have all the tools they need to “cure” aging — banishing diseases that come with it and extending life indefinitely.

“I’d say we have a 50/50 chance of bringing aging under what I’d call a decisive level of medical control within the next 25 years or so,” de Grey said in an interview before delivering a lecture at Britain’s Royal Institution academy of science.

“And what I mean by decisive is the same sort of medical control that we have over most infectious diseases today.”

De Grey sees a time when people will go to their doctors for regular “maintenance,” which by then will include gene therapies, stem cell therapies, immune stimulation and a range of other advanced medical techniques to keep them in good shape…

“This is absolutely not a matter of keeping people alive in a bad state of health,” he told Reuters. “This is about preventing people from getting sick as a result of old age. The particular therapies that we are working on will only deliver long life as a side effect of delivering better health”…

Living that long? I dunno… To be honest, I’m home sick as it is (for heaven that is).

In a strongly worded statement, the Vatican has condemned the recent illicit ordination of a Chinese bishop without papal approval. Paul Lei Shiyin was ordained a bishop by the Chinese government backed Church on June 29th.

The illicit ordination is against the Church’s Canon Law and has resulted in the excommunication of Paul Lei Shiyin. There was also a warning to those bishops taking part in the ceremony that if they did not justify their actions then they too are at risk of excommunication.

The Vatican noted that these ordinations not approved by the pope are actions that “sow division and produce rifts and tensions in the Catholic community in China.”

Rome also highlighted that the Reverend in question had previously been turned down for ordination for reasons they said were “unacceptable and very grave.” This is referring to the fact that Reverend Paul Lei Shiyin reportedly had an affair with a woman that resulted in his fathering a child.

This strong statement from the Vatican also advises that if the Church in China wishes to become Catholic then they must follow the Church’s doctrine and be in union with the pope.

They are not a Church on their own (!), and in my opinion, the Consecrating Bishops are just as guilty.

The Vatican today issued a tough statement on the recent ordination of a Chinese bishop without papal approval, saying the prelate has no right to govern the diocese.

The statement also warned that the penalty of excommunication may apply not only to the ordained prelate but to the consecrating bishops who were involved.

Father Paul Lei Shiyin was ordained without a papal mandate June 29 as bishop of Leshan,  in the presence of about 1,000 guests and government officials at Our Lady of the Rosary Church in Emeishan. Bishop Johan Fang Xingyao of Linyi, president of the government-sanctioned Chinese Catholic Patriotic Association, was the main celebrant. The six other bishops who laid hands on Bishop Lei had all been ordained with Vatican approval.

Speaking to reporters today, the Vatican spokesman, Father Federico Lombardi, said the language of the Vatican comunique left little doubt that Bishop Lei had incurred excommunication, as foreseen by canon law. The Vatican has said consecrating bishops face the same penalty, but that extenuating circumstances may apply — for example, if the bishops are coerced to participate.

Here is the text of the Vatican’s statement:

With regard to the episcopal ordination of the Rev. Paul Lei Shiyin, which took place on Wednesday 29 June last and was conferred without the apostolic mandate, the following is stated:

1) Rev. Lei Shiyin, ordained without the Papal mandate and hence illegitimately, has no authority to govern the diocesan Catholic community, and the Holy See does not recognise him as the Bishop of the Diocese of Leshan. The effects of the sanction which he has incurred through violation of the norm of can. 1382 of the Code of Canon Law remain in place. The same Rev. Lei Shiyin had been informed, for some time, that he was unacceptable to the Holy See as an episcopal candidate for proven and very grave reasons.

2) The consecrating Bishops have exposed themselves to the grave canonical sanctions laid down by the law of the Church (in particular, canon 1382 of the Code of Canon Law; cf. Declaration of the Pontifical Council for Legislative Texts of 6 June 2011).

3) An episcopal ordination without Papal mandate is directly opposed to the spiritual role of the Supreme Pontiff and damages the unity of the Church. The Leshan ordination was a unilateral act which sows division and unfortunately produces rifts and tensions in the Catholic community in China. The survival and development of the Church can only take place in union with him to whom the Church herself is entrusted in the first place, and not without his consent as, however, occurred in Leshan. If it is desired that the Church in China be Catholic, the Church’s doctrine and discipline must be respected.

4) The Leshan episcopal ordination has deeply saddened the Holy Father, who wishes to send to the beloved faithful in China a word of encouragement and hope, inviting them to prayer and unity.

The Judeo-Christian worldview was perhaps the most important element in the rise of Western civilisation. Other factors can be mentioned, but without the biblical worldview and its impact, the West as we know it would never have arisen. Many scholars and experts have spoken to this.

As just one example, American sociologist Rodney Stark has written a number of important volumes on these themes. Consider his seminal 2005 volume, The Victory of Reason. In it he says, “The success of the West, including the rise of science, rested entirely on religious foundations, and the people who brought it about were devout Christians.” He continues:

“To sum up: the rise of the West was based on four primary victories of reason. The first was the development of faith in progress within Christian theology. The second victory was the way that faith in progress translated into technical and organizational innovations, many of them fostered by monastic estates. The third was that, thanks to Christian theology, reason informed both political philosophy and practice to the extent that responsive states, sustaining a substantial degree of personal freedom, appeared in medieval Europe. The final victory involved the application of reason to commerce, resulting in the development of capitalism within the safe havens provided by responsive states. These were the victories by which the West was won.”

But the obverse of all this is also true. As Christianity goes, so too does Western culture. As we declare war on the very foundations of the West, we should not be surprised to see the West teetering on the brink. We have renounced our Christian heritage and are now surprised to see the whole thing falling to bits.

It is as C.S. Lewis once remarked, “We make men without chests and expect of them virtue and enterprise. We laugh at honour and are shocked to find traitors in our midst. We castrate and bid the geldings be fruitful.” We cannot expect the West to prosper and succeed when we are so busy kicking out from underneath it its very support system.

But the reversal of this whole process does differ in one fundamental respect. While it takes centuries, if not millennia, to develop a great civilisation, it takes but a moment to destroy it. As Sir Winston Churchill put it, “To build may have to be the slow and laborious task of years. To destroy can be the thoughtless act of a single day.”…

You simply must read on here.

As CBN reported a few days back:

Hundreds of Christians in Iran have been arrested and imprisoned since the beginning of this year.

The crackdown has led to 285 believers in 35 cities being arrested in Iran in the past six months, according to Elam Ministries, an organization that serves Christians in that country.

Many of those Christians have spent weeks and even months in prison, often serving long stretches in solitary confinement. They also have endured interrogations and psychological abuse…

Do pray for our brethren who have the faith and conviction to leave Islam, and that knowing full well the terrible persecution that is sure to ensue.