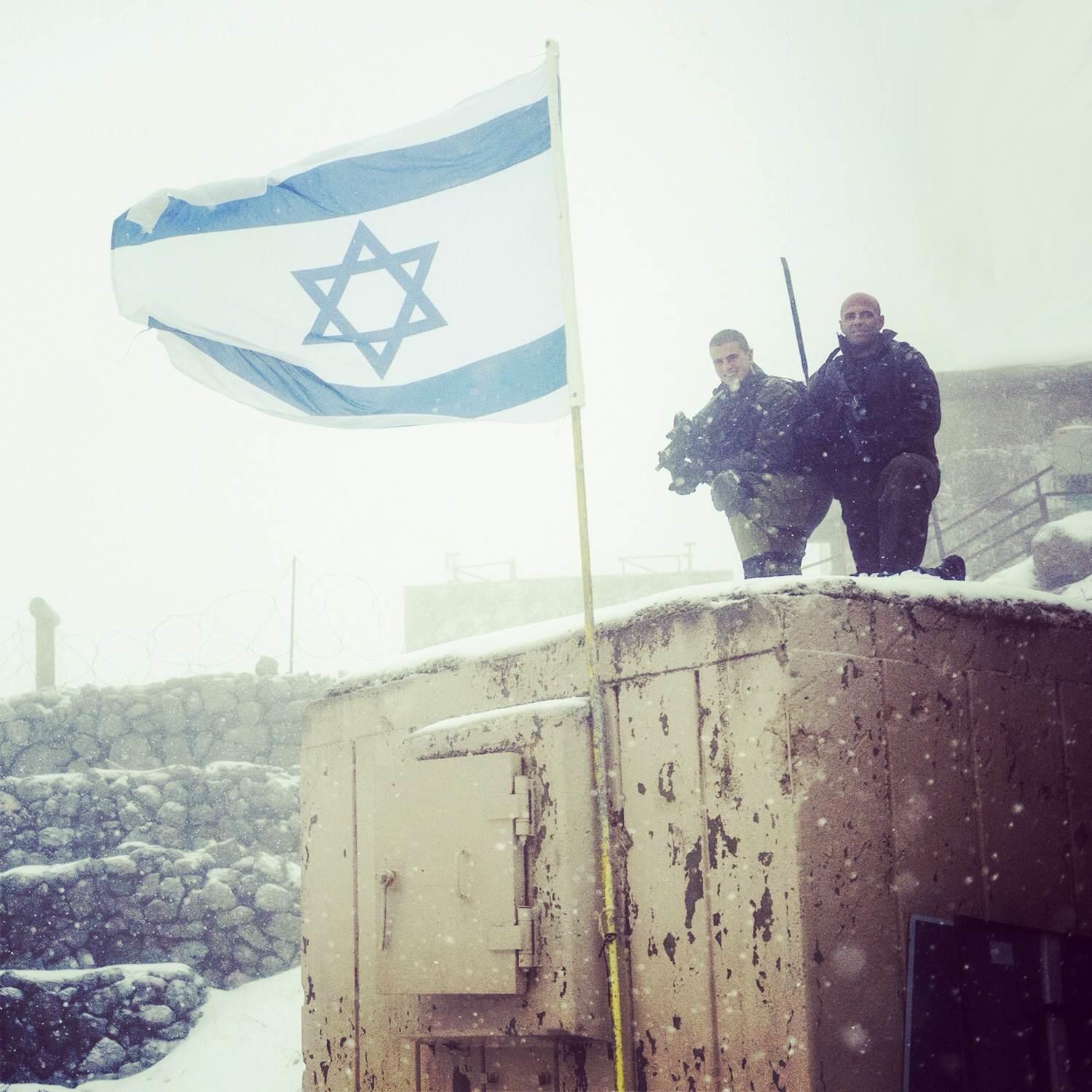 A fantastic find as reported today in New York Times:

DEMRE, Turkey — In the fourth century A.D., a bishop named Nicholas transformed the city of Myra, on the Mediterranean coast of what is now Turkey, into a Christian capital.

One wall of the chapel has a cross-shaped window that, when sunlit, beams its shape onto an altar table.

A vibrant fresco that is unusual for Turkey was perfectly preserved.

Nicholas was later canonized, becoming the St. Nicholas of Christmas fame. Myra had a much unhappier fate.

After some 800 years as an important pilgrimage site in the Byzantine Empire it vanished — buried under 18 feet of mud from the rampaging Myros River. All that remained was the Church of St. Nicholas, parts of a Roman amphitheater and tombs cut into the rocky hills.

Archaeologists first detected the ancient city in 2009 using ground-penetrating radar that revealed anomalies whose shape and size suggested walls and buildings. Over the next two years they excavated a small, stunning 13th-century chapel sealed in an uncanny state of preservation. Carved out of one wall is a cross that, when sunlit, beams its shape onto the altar. Inside is a vibrant fresco that is highly unusual for Turkey.

The chapel’s structural integrity suggests that Myra may be largely intact underground. “This means we can find the original city, like Pompeii,” said Nevzat Cevik, an archaeologist at Akdeniz University who is director of the excavations at Myra, beneath the modern town of Demre.

Mark Jackson, a Byzantine archaeologist at Newcastle University in England, who was not involved in the research, called the site “fantastic,” and added,“This level of preservation under such deep layers of mud suggests an extremely well-preserved archive of information.”

Occupied since at least the fourth century B.C., Myra was one of the most powerful cities in Lycia, with a native culture that had roots in the Bronze Age. It was invaded by Persians, Hellenized by Greeks, and eventually controlled by Romans.

Until the chapel was unearthed, the sole remnant of Myra’s Byzantine era was the Church of St. Nicholas. (The bishop, also known as Nicholas the Wondermaker, was a native Lycian of Greek descent.) First built in the fifth century A.D. and reconstructed repeatedly, it was believed to house his remains and drew pilgrims from across the Mediterranean. Today, Cyrillic signs outside souvenir shops cater to the Russian Orthodox faithful.

But Myra attracted invaders, too. Arabs attacked in the seventh and ninth centuries. In the 11th, Seljuk Turks seized the city, and the bones thought to be those of Nicholas were stolen away to Bari, in southern Italy, by merchants who claimed to have been sent by the pope.

By the 13th century, Myra was largely abandoned. Yet someone built the small chapel using stones recycled from buildings and tombs.

Decades later, several seasons of heavy rain appear to have sealed Myra’s fate. The chapel provides evidence of Myra’s swift entombment. If the sediment had built up gradually, the upper portions should show more damage; instead, except for the roof’s dome, at the surface, its preservation is consistent from bottom to top.

“It seems incredible,” said Engin Akyurek, a Byzantine archaeologist with Istanbul University who is excavating the site. He and his team dug down 18 feet to the base of chapel, where they discovered a few artifacts from the early 14th century. (At the time, Turks were gaining control of Anatolia, and after the fall of Constantinople in 1453 the Ottomans ruled for nearly five centuries.)

In the layers of mud between the 14th-century ground level and the late-Ottoman level — which is just shy of the modern surface — they discovered nothing at all.

Ceramics unearthed at the chapel and at St. Nicholas Church indicate that Myra remained unoccupied until the 18th century. And while a sunken city “may sound romantic,” said Dr. Jackson, the British scholar, “this mud promises to have preserved a treasure trove of information on the city during an important period of change.”

How classical cities transformed into Byzantine cities during the Christian era, especially between 650 and 1300, is a subject of much scholarly debate.

“Each city was different,” Dr. Jackson said, “and so we need high-quality, well-excavated evidence in order to contribute to the debate about the nature of urban change in this period.”

The fresco in the excavated chapel is especially striking. Six feet tall, it depicts the deesis (“prayer” or “supplication” in Greek). This is a common theme in Byzantine and Eastern Orthodox iconography, but the Myra fresco is different.

Where typically these depictions show Christ Pantocrator (Christ the Almighty) enthroned, holding a book and flanked by his mother, Mary, and John the Baptist, whose empty hands are held palms up in supplication, at Myra both John and Mary hold scrolls with Greek text.

John’s scroll quotes from John 1:29: “Behold the Lamb of God, who takes away the sin of the world.” Mary’s is a dialogue from a prayer for the Virgin Mary in which she intercedes on behalf of humanity, asking Jesus to forgive their sins. Dr. Akyurek said this scroll-in-hand version had been seen in Cyprus and Egypt, but never in Turkey.

The chapel is part of a larger dig that includes the Roman amphitheater — largely reconstructed in the second century after an earthquake leveled much of Lycia — and Andriake, Myra’s harbor, about three miles south. Long a major Mediterranean port, Andriake was where St. Paul changed ships on his way to Antioch (now Antakya). Finds there include a workshop that produced royal purple and blue dye from murex snails and a fifth-century synagogue, the first archaeological evidence of Jewish life in Christian Lycia.

Much of Myra is under modern buildings in Demre, so archaeologists are unsure where they will dig next. They are buying property from local residents to prevent illegal excavations, though judging from the paucity of artifacts found so far, looters might be disappointed: the last residents of Myra seem to have looked at the rising floodwaters and packed their bags before they left.

The excavation area is on the south side of the Temple Mount.

This video and others are available on the blog of The Key to David’s City here.

Continental News has them:

Each year several dozen institutional archaeological excavations and multiple more salvage excavations take place in the lands of the Bible. Some excavations draw attention because of the exciting dimensions of their discoveries. Many more compile important information from less dynamic discoveries that help us better understand the biblical world in its social context.

Following are some of the most exciting discoveries announced in the past year, taken from the news digests of ARTIFAX magazine, and reported on The Book & The Spade radio program.

#1) Huqoq Synagogue Mosaic  The ancient village of Huqoq is located three miles west of the Sea of Galilee shore near the sites of Magdala and Capernaum. Excavated by archaeologist Jodi Magness, a Distinguished Professor of early Judaism at North Carolina University at Chapel Hill, the mosaic floor of this synagoue is of the highest quality. The mosaic depicts Samson tying the tails of foxes together and also shows two faces around an inscription. This synagogue dates several centuries after the time of Christ and is expected to provide new information about the development of synagogues in the Galilee.

#2) Cult Shrines from Khirbet Qeiyafa These shrines were actually discovered in 2011 excavations, but announced in the late spring of 2012 by archaeologist Yosel Garfinkel of Hebrew University. The shrines are evidence of worship that predates Solomon’s Temple by 30-40 years; shrines without cultic images that are different from Canaanite shrines and conform to the anaconic traditions of Judaism. Khirbet Qeiyafa overlooks the Elah Valley, about 20 miles southwest of Jerusalem.

#3) First Temple Period Reservoir  This cistern is located near the southwestern corner of the Temple Mount, under Robinson’s Arch. With its 66,000 gallon capacity, this discovery provides new information about water consumption in the First Temple era of Jerusalem.

#4) Bethlehem Bullah  A seal impression with three lines of script, this is the earliest mention of Bethlehem outside of the Bible. It was found during the sifting of material from City of David excavations. It is a fiscal bulla, related to taxing of shipments during the reign of a king around the time of Hezekiah, Manasseh, or Josiah.

#5) Jerusalem Seal An actual seal which says “Belonging to Matanyahu Ben Ho,” this seal was found near Robinson’s arch in the ruins of a building from the First Temple Period.

#6) An Egyptian scarab This scarab was found in Jerusalem just before the 2012 Passover. It depicts the image of a duck, which is the name of the sun god Amon-Ra. It is dated to the 13th century BC, just after the Amarna period.

#7) The Kiryat Gat Hoard  This hoard was found near Ashkelon and contains 140 gold & silver Roman coins dating to the late first and early 2nd century AD. The hoard included a gold earring and a ring with a seal depicting a winged goddess.

#8) The Neo Hittite sculpture at Tel Tayinat The sculputure inscription records events of the reign of Suppiluliuma, who probably faced Shalmaneser III in 858 BC. This is an important excavation in Turkey, 22 miles east of Antakya (ancient Antioch) on the road to Aleppo. University of Toronto archaeologist Tim Harrison believes this is the neo-Hittite kingdom of Patina, which may also be the Calno referred to in Isaiah 10:9-10.

#9) 3400-year old wheat from Hazor  The wheat was discovered in 14 clay jugs, burned but not destroyed 3400 years ago. This is one of the most important ongoing excavations in Israel, at the site of one of most important ancient cities in Israel.

#10) Akko’s Hellenistic Harbor   Archaeologists are exposing the remains of the harbor, from the third and second centuries BC. This was the most important port in Israel in the centuries just before the birth of Christ.

Plans are being made for another busy season of excavations in 2013. To keep up with news of Biblical Archaeology, check out websites for ARTIFAX magazine and The Book & The Spade, and further archaeological resources at www.radioscribe.com.

India and the world were shocked and appalled by the vicious gang rape and subsequent death of an Indian medical student. Some are now asking whether the rape crisis that has so enraged India is partly the consequence of sex selection abortion. From a Time essay by Erika Christakis:

Growing evidence suggests that in countries like India and China, where the ratio of men to women is unnaturally high due to the selective abortion of female fetuses and neglect of girl children, the rates of violence towards women increase. “The sex ratio imbalance directly leads to more sex trafficking and bride buying,” says Mara Hvistendahl, author of Unnatural Selection: Choosing Boys Over Girls, and the Consequences of a World Full of Men. A scarce resource is generally considered precious, but the lack of women also leaves many young men without marriage partners. In 2011, the number of cases of women raped rose by 9.2 percent; kidnapping and abductions of women were up 19.4 percent. “At this point, we’re talking correlation, not causation. More studies need to be done….[But] it is clear from historical cases and from studies looking at testosterone levels that a large proportion of unmarried men in the population is not a good thing,” says Hvistendahl.

No, it’s not. But sex selection abortion is not a good thing on its face, regardless of harmful correlations or consequences.