Religion News Service notes what must be the beginning of the end: 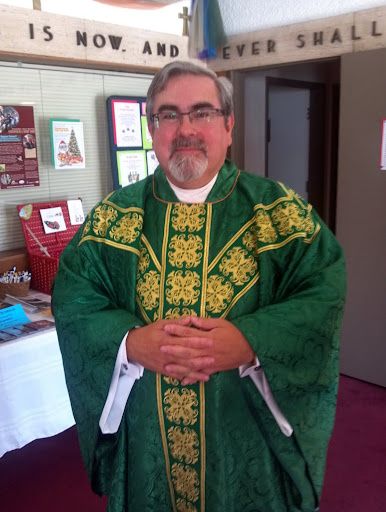 The Evangelical Lutheran Church in America has elected its first openly gay bishop, the Rev. R. Guy Erwin, to oversee churches in Southern California, four years after the church allowed openly gay men and lesbians to serve as clergy.

Following a wider trend within other mainline Protestant denominations to appoint gays and lesbians to leadership positions, the ELCA’s five-county Southwest California Synod elected Erwin on Friday (May 31) to a six-year term.

“It’s historic and a turning point, as was the ordination of women,” said Martin Marty, the dean of American church historians at the University of Chicago and a member of the ELCA. “This is just one of many indications that the culture has shifted”…

Aha, the ordination of women… Perhaps that was the real start?

Some U.S. congregations have already left the ELCA to join the North American Lutheran Church, and some overseas churches have severed ties with the denomination. Earlier this year, the Lutheran church in Ethiopia parted ways with the ELCA…

While nearly twice as big, the ELCA has not seen the same kind of public division as the Episcopal Church, which confirmed V. Gene Robinson, an openly gay priest, as bishop a decade ago. The Episcopal Church has fought several court battles with departing congregations over property ownership.

Erwin will serve alongside the first openly lesbian Episcopal bishop, Mary Glasspool, who was elected as a suffragan (assistant) bishop in Los Angeles in 2009.

In addition, financial support for the denomination hit an all-time low of about $60 million in 2009, the church announced. ELCA Treasurer Christina Jackson-Skelton said the economic recession and “disagreements within congregations” about the decision on gay clergy had contributed to the decline.

And also the ELCA has lost half a million members.

Yes, they are dying, and deservedly so for having abandoned plain Biblical teachings.