Provided by the Canadians: 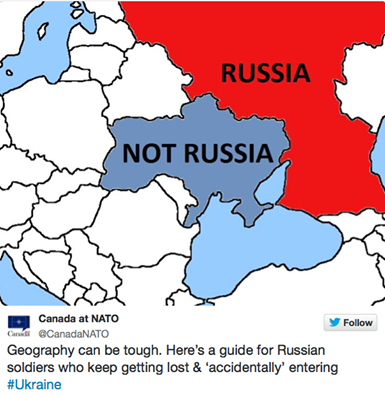 Well worth a read.

Very philosophical for a Saturday afternoon.

BEIRUT (CNS) — Catholic and Orthodox patriarchs of the Middle East denounced attacks on Christians and called upon the international community to work toward eradicating terrorist groups.

The patriarchs met Aug. 27 at the Maronite Catholic patriarchate at Bkerke, north of Beirut, for a special summit to address the crisis in the region. They were later joined by the United Nations’ special coordinator in Lebanon and the ambassadors of the five permanent member-countries of the U.N. Security Council.

“The very existence of Christians is at stake in several Arab countries — notably in Iraq, Syria and Egypt — where they have been exposed to heinous crimes, forcing them to flee,” the patriarchs said in a statement after the summit and meeting with diplomats.

They lamented the indifference of both Islamic authorities and the international community over attacks against Christians, who have been in the region for 2,000 years.

“What is painful is the absence of a stance by Islamic authorities, and the international community has not adopted a strict stance either,” the patriarchs said.

“We call for issuing a fatwa (Islamic religious ruling) that forbids attacks against others,” they said.

“The international community cannot keep silent about the existence of the so-called ISIS,” the patriarchs said, referring to the Islamic State. “They should put an end to all extremist terrorist groups and criminalize aggression against Christians and their properties.”

The prelates’ meeting was a follow-up to their first summit Aug. 7. It also follows a trip by several of them to Irbil, the capital of Iraq’s Kurdish region, to give moral and spiritual support to the flood of Iraqi minorities driven from the Ninevah Plain by the Islamic State militants.

The prelates stressed the need for cutting off the sources of terrorism and called on the world’s major powers to deprive extremist groups of resources by compelling countries financing them to stop their support.

Solutions to the Islamic State crisis must involve “dealing with the reasons that produced the miseries in the Middle East,” and harmony must be restored between the components of these countries, they said.

“The international community must act and eradicate” the Islamic State, the patriarchs said. “This is required from the United Nations and the U.N. Security Council.”

“We must stop using extremists, terrorists and mercenaries and (stop) supporting, financing and arming them,” they said.

They also stressed “the necessity of working to liberate the towns of Ninevah and facilitate the return of the displaced to their homes, in addition to ensuring the security of these towns with local and international guarantees to prevent displacement.”

The patriarchs denounced the “bleeding” that continues in Syria and said the conflict there must be solved by “dialogue and through a political solution.” They criticized the international community for not resolving the April 2013 kidnapping of two Orthodox bishops in Syria.

The prelates applauded the region’s Christians, who “are committed to the values of the Gospel and the teachings of Christ” exemplified in their relationships with others, “including their Muslim brothers, who live with them in the same nations.”

Russia’s president, speaking at a pro-Kremlin youth camp at a lake near Moscow, said “it’s best not to mess with us,” adding “I want to remind you that Russia is one of the leading nuclear powers”

Well, there you have it. You are reminded.

The Telegraph has the rest.

Stand for Israel has been reporting on the developments across Israel’s border with Syria – of the Islamic State and al-Qaeda-linked Islamist fighters doing battle with Syrian forces. Israel is well aware of what is going on, and the IDF is on alert in the Golan Heights:

As a result of the fighting on the Syrian side of the Golan Heights, the level of alert was raised on the Israeli side, an army spokesperson said Thursday, without confirming that it had been increased to the highest level.

The announcement followed several incidents in the area, including the capture and execution of 160 Syrian soldiers by the Islamic State, gruesome pictures of which appeared online Thursday, and the abduction, also Thursday, of 43 Fijian U.N. peacekeepers by al-Qaeda-affiliate al-Nusra Front at the Quneitra crossing with Israel, where fighting has raged this week between Syrian rebels and government forces.

Please pray for the return of the captured U.N. peacekeepers, for God’s protection over the brave men and women defending Israel in this dangerous situation, and for God’s peace over all of His people.

Boko Haram militants claim that they are turning Nigeria into an Islamic caliphate. The Muslim extremist organization is in control of three Nigerian towns, and continues to gain power and influence in the region, the Christian Headlines website reports today (August 29, 2014).

In video, Boko Haram leader Abubakar Shekau is seen announcing, “Thanks be to Allah who gave victory to our brethren in Gwoza and made it part of the Islamic caliphate… By the grace of Allah we will not leave the town. We have come to stay.”

The militants conquered Gwoza on August 6, destroying homes and killing many residents. Some survivors fled to surrounding mountains, as well as bordering nation Cameroon.

Officials fear that Boko Haram is working with Islamic State terrorists, who have taken control of large regions of Syria and Iraq, and have given Christians in their seized land one of three choices: Convert to Islam, pay a non-Islam tax, or be killed.

I noticed that according to the Pew Research Center, half of the world’s Christians live in just 11 countries.

The whole report with other religions, is here.